Although we had a fantastic game yesterday between Manchester City and Liverpool what seems to be the main subject in England considering football is the future of Arsene Wenger.

The French manager is under a heavy pressure from the fans to leave the club after 20 years.

During the game against West Bromwich Albion, we even saw an airplane flying over the Hawthorns with a clear message behind him no - contract# Wenger out.

Nothing is sure yet because the opinions are divided and because there are still many of those who believe in Wenger and few of them have high influence in Arsenal.

A humiliating defeat from Bayern Munich in the Round of 16 of Champions League edition, severely damaged Wenger's reputation and after 20 years for the first time, he is in the position where we think that he does not have the majority of support, neither from the fans or the media.

The latest news considering his future created a chaos on the internet and according to them Arsenal officials made a preliminary contact with Thomas Tuchel current Borussia Dortmund manager.

Various sources from the German media are saying that London club chose the German manager to be Wenger's successor on the Gunners bench.

Tuchel's contract is expiring next season so it is not impossible that Wenger stays one more season in the London. 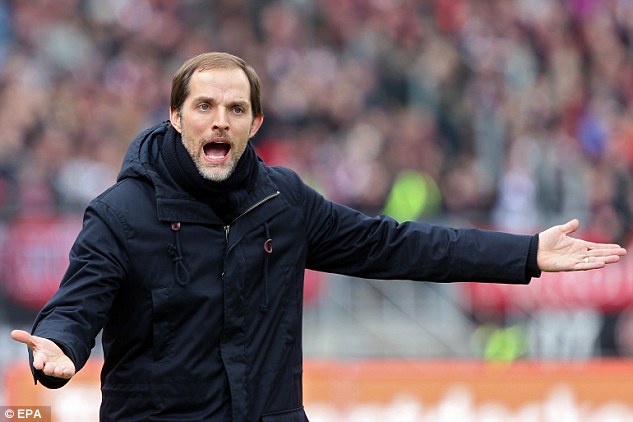 Previously to this information, many media spoke about Massimiliano Allegri, the current coach of Juventus whose contract is ending this summer. In addition to this lately, Allegri had some misunderstandings with the club's officials and with few players from his team.

The thing why Tuchel is more interesting than Allegri is the fact that he is one of few managers in Europe who would not change Arsenals offensive style of play.

You could see that Borussia Dortmund play is similar to Arsenal's passing game with a lot of quick counter attacks, and during all 90 minutes, they always want to score one goal more.

The downside on the other hand use that Thomas Tuchel didn't one one single trophy as a manager of the German club. Massimiliano Allegri has a wealthier career in that aspect. He has three titles in the Italian league, two Coppa Italia, and three Supercoppa Italiana. On three different occasions, he was named the best coach in Italy.

What Arsenal need is some major trophy and with Tuchel that can't be guaranteed. To be perfectly honest, no coach can guarantee anything considering Arsenal but at least Massimiliano Allegri has some experience and knows how to handle situations where the pressure of winning a championship title is always present.

Everything is still unclear, and we are waiting for the day when Arsene Wenger is going to announce his plans considering his future in Arsenal.

In 20 years of coaching the Gunners, he won 3 Premier League titles and 6 FA Cups, and no matter the current situation he will be remembered as one of the greatest, if not the greatest manager, in Arsenal's history.

The Bears are signing RB Tarik Cohen to a three-year extension worth $17.25 million in new money ($5.75M per year)… twitter.com/i/web/status/1…

Honest question...over under 17 people watch the WNBA playofffs tomorrow on an nfl Sunday. Would get more people to… twitter.com/i/web/status/1…

"I was like 'wow, I don’t want to make eye contact with this guy... he’s crazy!'" talksport.com/sport/boxing/7…

Too late in the day. Gotta get back in time to watch the raiders cost me money twitter.com/raidingthedraf…